I’ve been on the hunt for rhubarb. I live in northern England not far from the ‘rhubarb triangle,’ nine square miles of land in western Yorkshire (YORK-shure) that has the perfect cold weather and damp soil for rhubarb to thrive. The rhubarb triangle even boasts protected naming status of its product. Farmers can only call their rhubarb ‘Yorkshire forced rhubarb” if it’s cultivated within the triangle. Otherwise it’s just plain ole rhubarb. And that’s a bit of a bore, isn’t it? 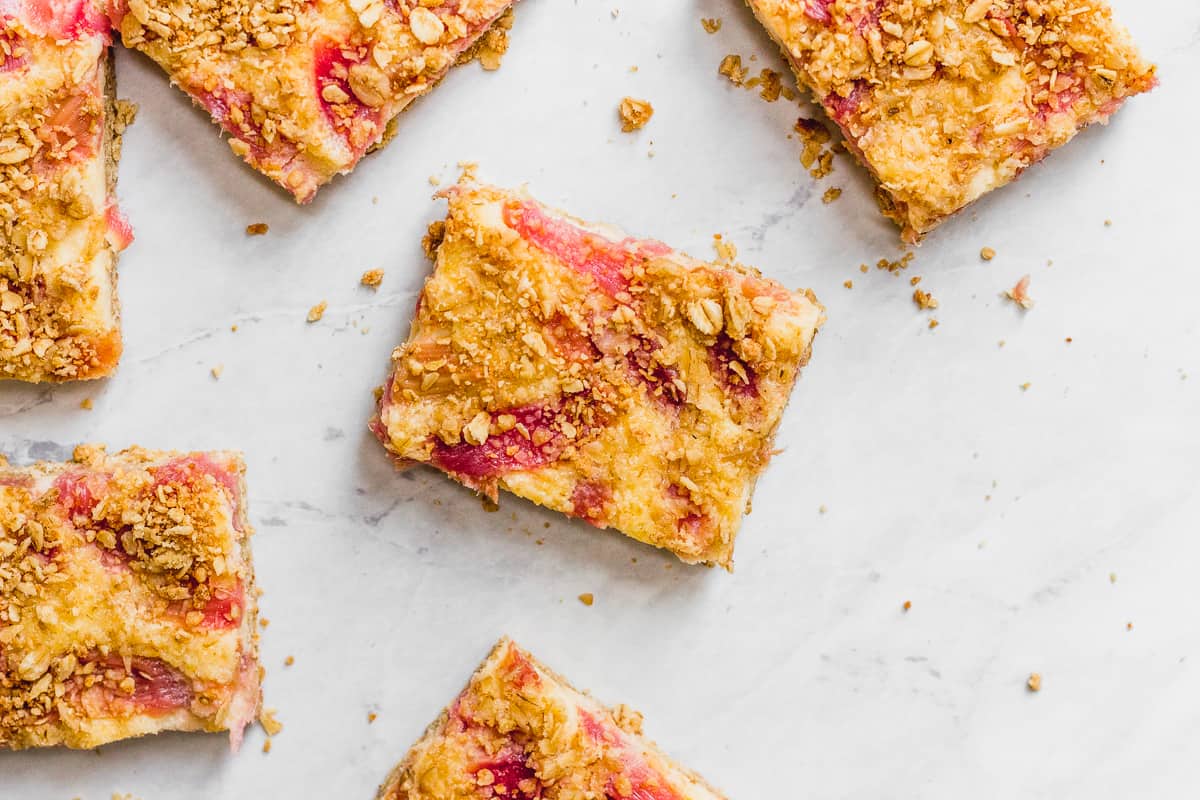 Forced rhubarb is less common in the US. In fact, I’d never seen it until I moved here. Forced rhubarb is more tender and a little sweeter than ‘field rhubarb,’ the most common type sold in the US. Forced rhubarb grows in sheds only in complete darkness; farmers even harvest by candlelight because exposure to harsh light stops rhubarb growth. The result of this dark environment is a vibrant red/pink gorgeous stalk with green leaves. This beautiful produce is usually available as early as January, but I had trouble finding it this year. A few days ago, I found a small bundle and almost kicked my heels together in the fruit aisle! 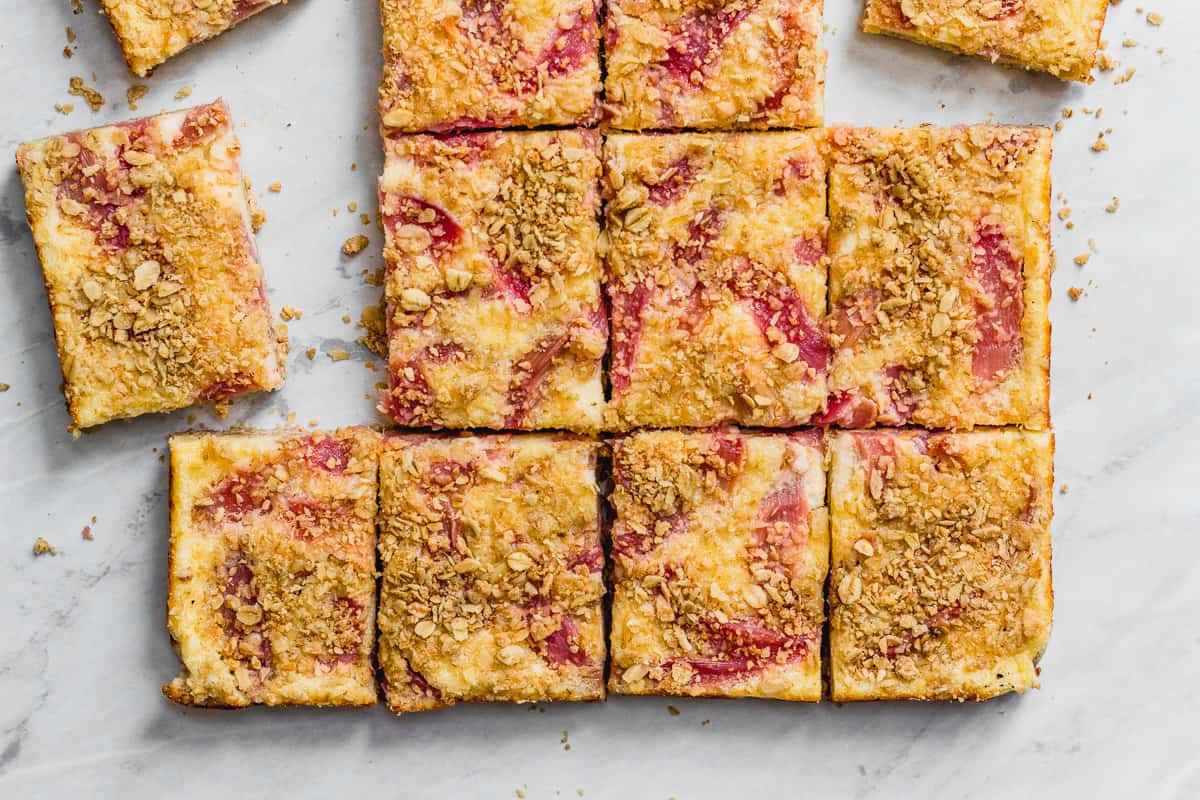 In the states, I’d only ever had rhubarb paired with strawberry. Of course, this combination is absolutely delicious. The first spring after we moved to the UK, I often found that rhubarb was the star of dishes and baked goods in restaurants: rhubarb crumble, rhubarb curd, rhubarb and salted caramel cake, roasted rhubarb spooned over yogurt and granola. Rhubarb  plain and simple.

The truth I’ve found is this: rhubarb can stand well-enough on its own. I’ve embraced it as an ingredient that I use in loads of ways, trying to highlight what it brings to the table. It doesn’t have to have strawberry to bolster it or balance its tart flavor; it can really shine on its own.

These rhubarb crumble cheesecake bars do exactly that. They’re an ode to the traditional rhubarb crumble served on many dessert menus around here during rhubarb season. They have a buttery oat crust, a creamy center speckled with tender roasted rhubarb and are topped with golden oat crumbles. These bars are just tart enough to give you that lovely rhubarb flavor we all love, tangy enough to not kill you with sugar, and just sweet enough to take the edge off. Maybe these bars are exactly what you need to treat rhubarb as an ingredient all on its own. 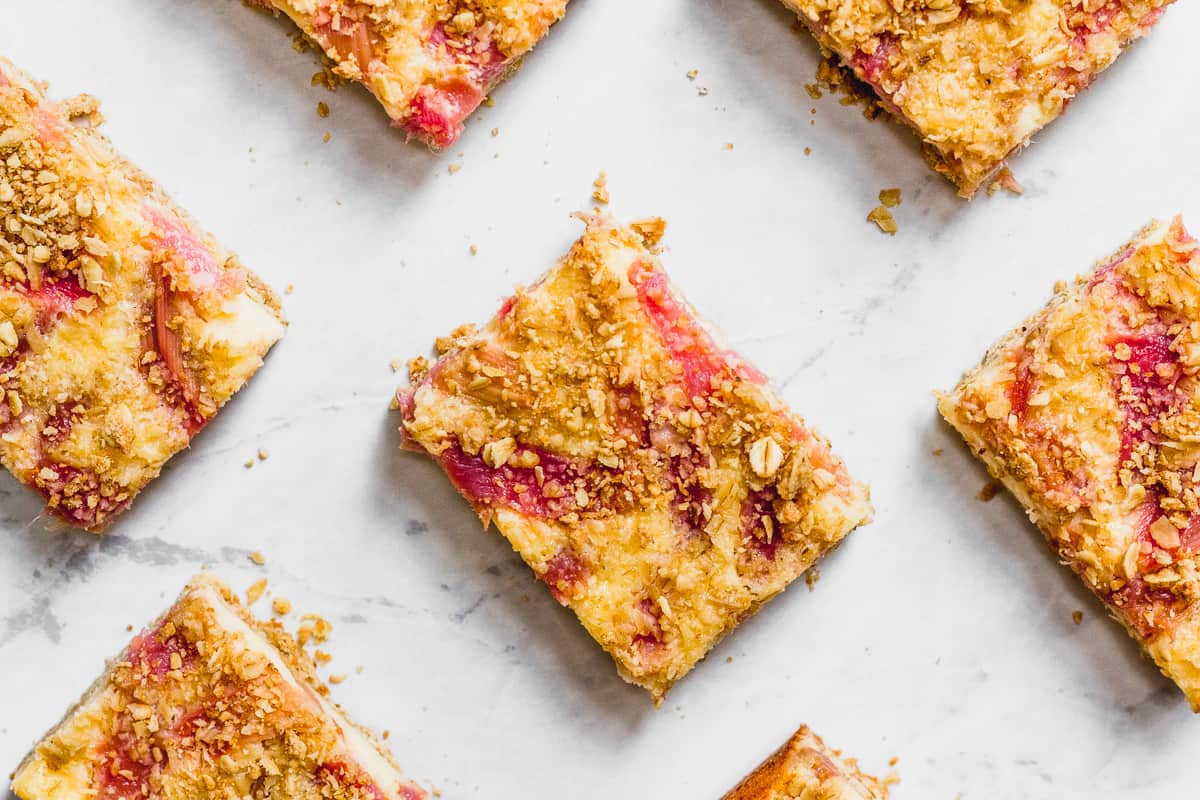 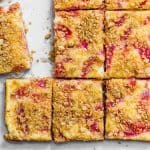 For the Crust & Topping: