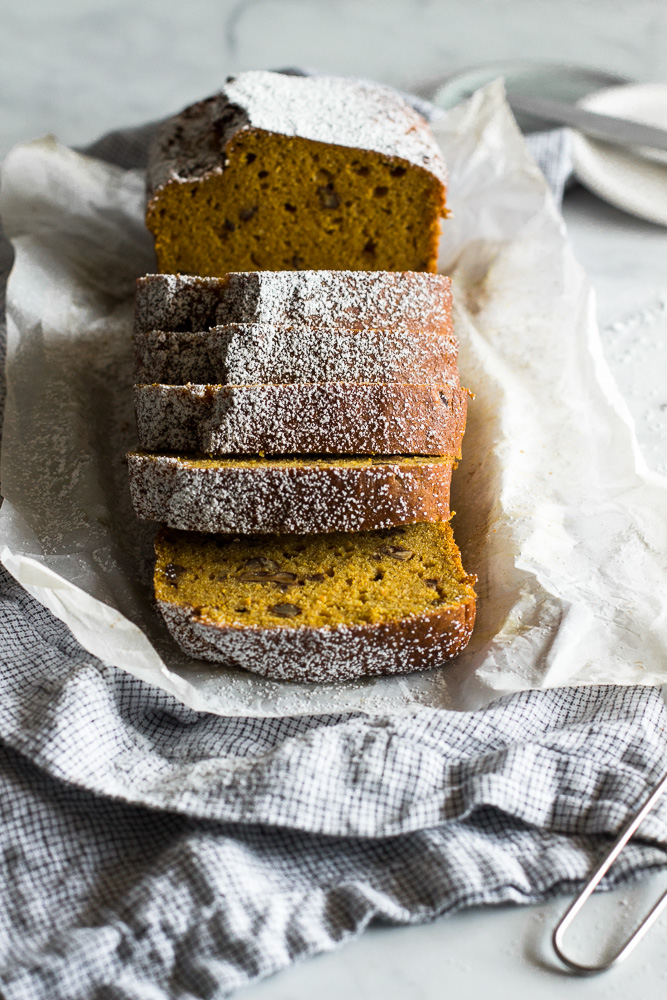 This sourdough pumpkin bread was born out of a lot of waste. Like loads of other people, I’ve taken up sourdough baking during the last few months. I’m loving baking bread more often and have found a recipe that is wonderful. Butttt, I can’t stand to waste the starter discard. It’s been painful to throw out all that flour every time I feed the starter. Especially when flour was so scarce! So, in an attempt to waste less, I’m determined to make more recipes that help me use up that extra tangy discard that’s usually tossed out when I feed my starter. 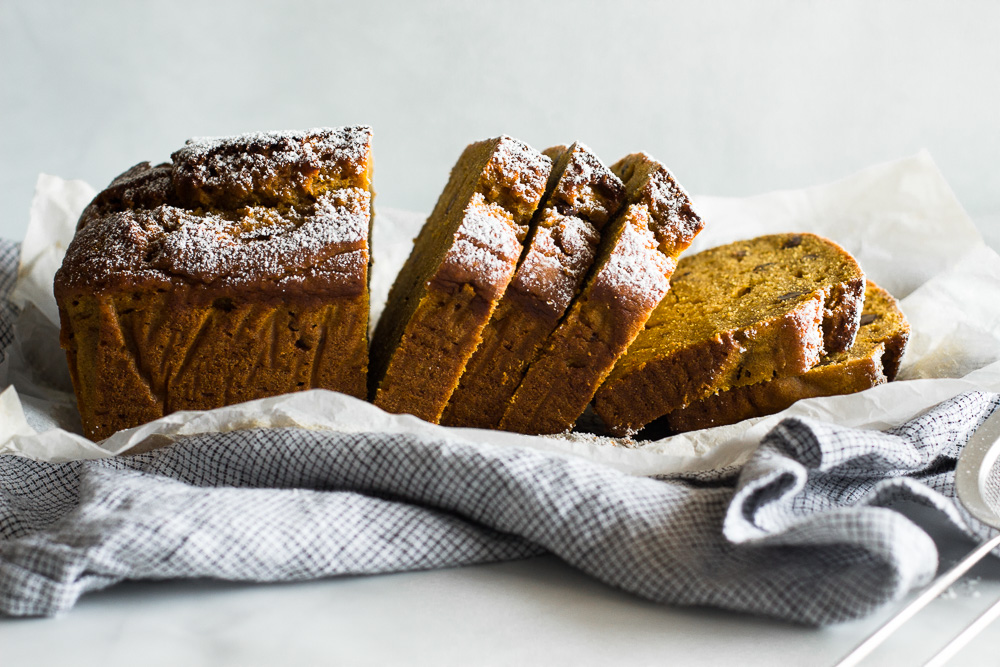 Sourdough starter lends a lovely, subtle acidic flavor to whatever you add it to. You can put it in all sorts of baked goods in place of some of the dry and wet ingredients– cookies, quick breads, pancakes (more on this soon!), waffles. One thing to keep in mind is that when you feed a mature sourdough starter, it’s pretty active for a day or two, so when you’re adding discard starter to other baked goods, you should use starter that was fed at least two days ago so that the yeast has had time to calm down. You’re not using the discard starter as a sole leavener, but simply to add flavor. The first thing I made with my discard was this sourdough starter banana bread recipe that was incredible. It inspired me to fancy up my favorite quick bread–pumpkin– with a dose of my starter. 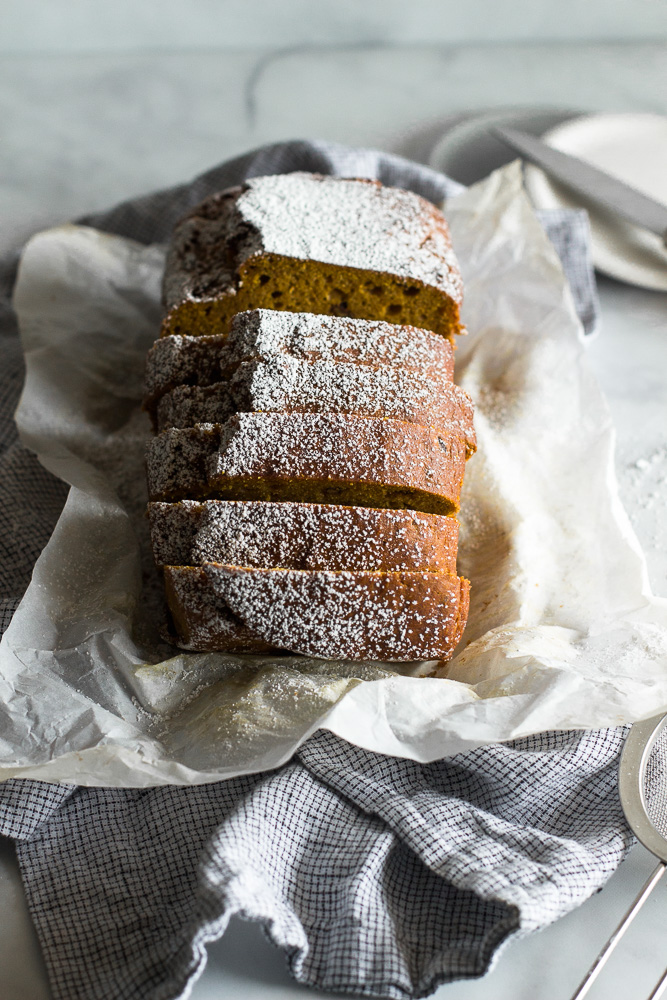 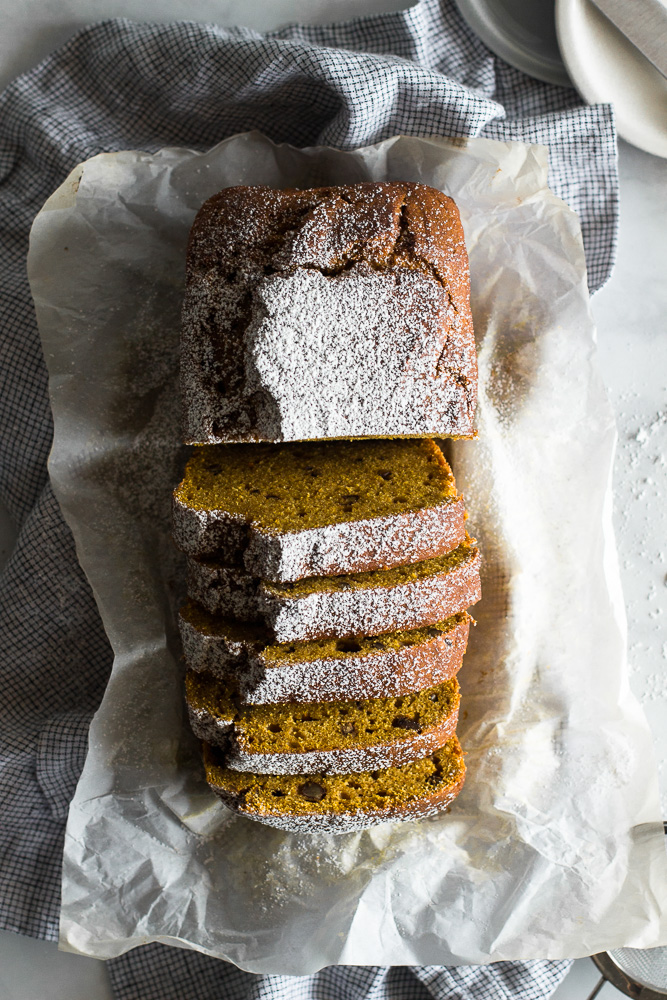 This sourdough pumpkin bread is everything I wanted it to be. It’s light but full of warm spices and toasty pecans. It has a slight acidic tang from the starter that goes perfectly with the gentle sweetness of pumpkin bread. It’s my new favorite pumpkin bread and I imagine I’ll make it a few more times this fall. 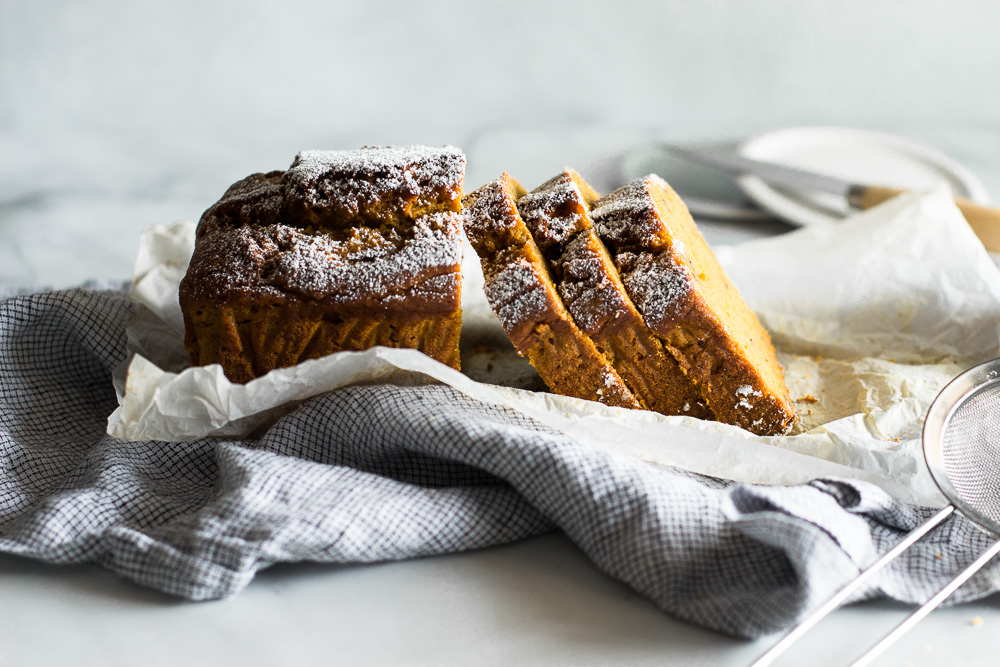 If you’ve already got a sourdough starter going, or you’re thinking about making one, starter discard is an unsung hero. It’s so much fun to make fresh sourdough at home and it’s equally exciting to find new flavor combinations as you add starter discard to recipes you already love, like this sourdough pumpkin bread. Happy Baking! 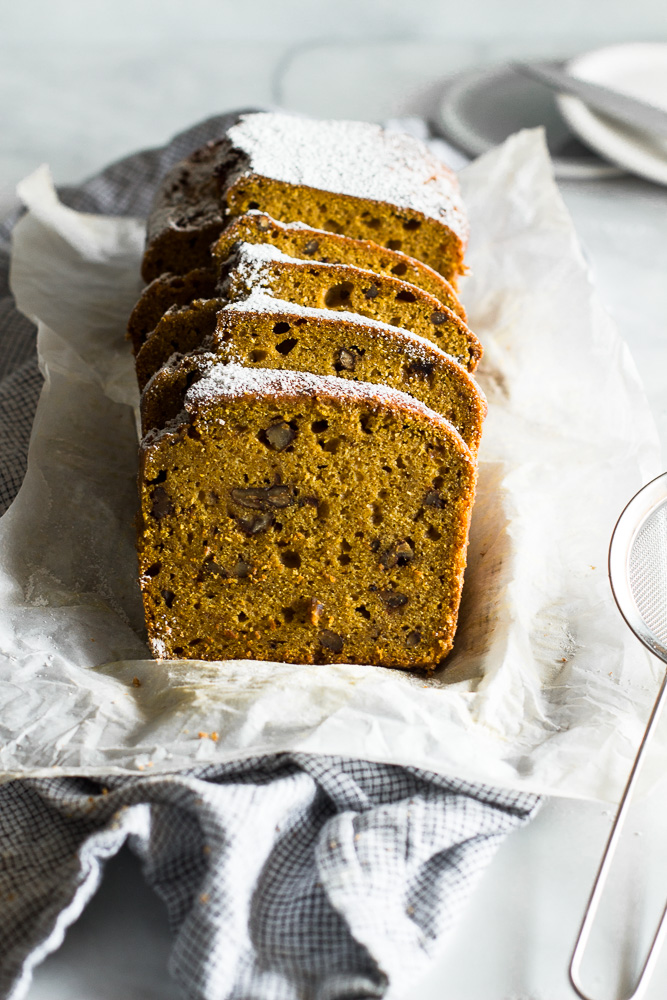