Last week I shared my recipe for home-made spiced pumpkin butter. This week I’m using that same pumpkin butter to fill puffy cinnamon rolls topped with a brown butter cream cheese glaze. It is a very good use of pumpkin butter. 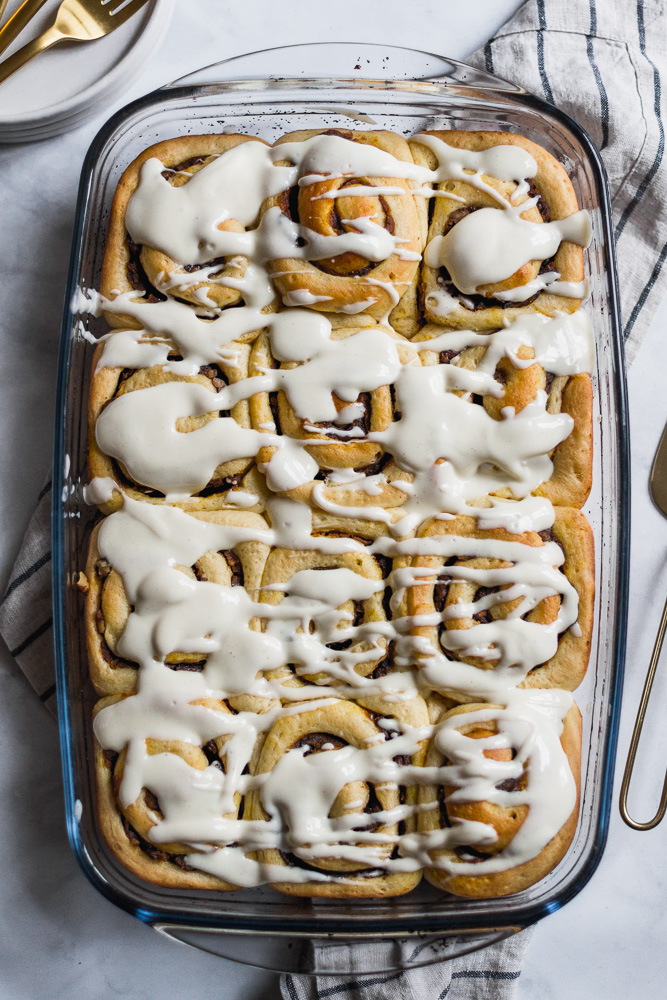 If I’m offered baked morning treats, I almost always go for something soft and fragrant with warm spices. If toasted nuts are involved, that only makes my choice easier. I’m a sucker for things like sticky buns, cinnamon rolls, apples fritters–I love them all. 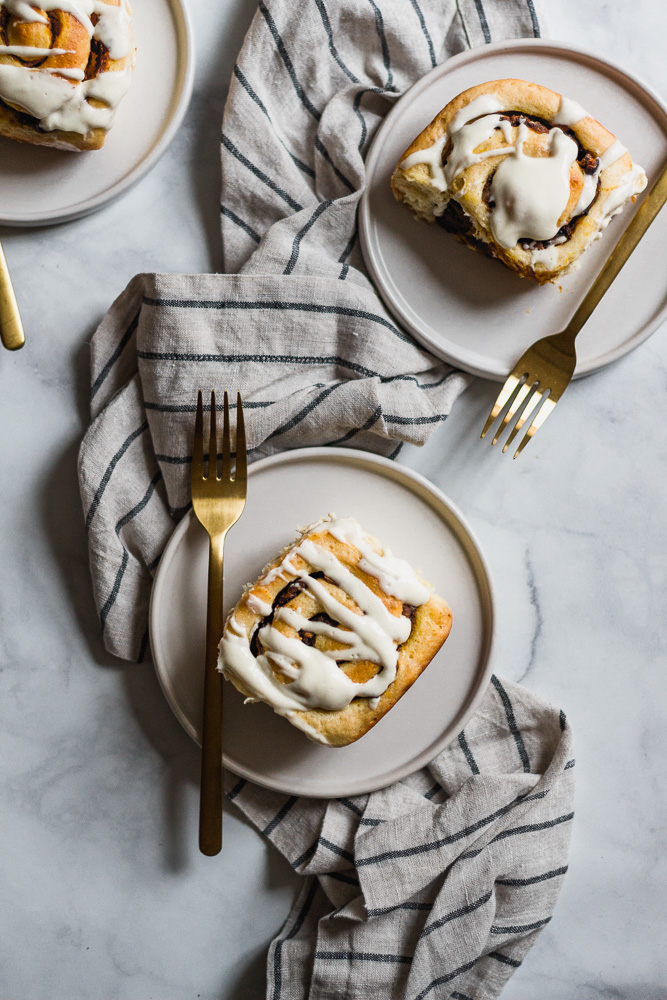 These pumpkin butter cinnamon rolls are easy to make and can even be assembled the night before you want to bake them.  For the dough, after you’ve activated your yeast in milk, simply pour the liquid ingredients into the dry and give it all a good knead until smooth. After a nice long rise, rolling out the dough is a dream. This dough is perfectly pliable and so easy to work with. Next the filling is spread on in layers– butter, pumpkin butter, a mixture of brown sugar & cinnamon, and finally a generous helping of toasted pecans. The whole thing is rolled up tight and sliced into little rolls before being tucked away for either another rise or in the fridge until the next morning. 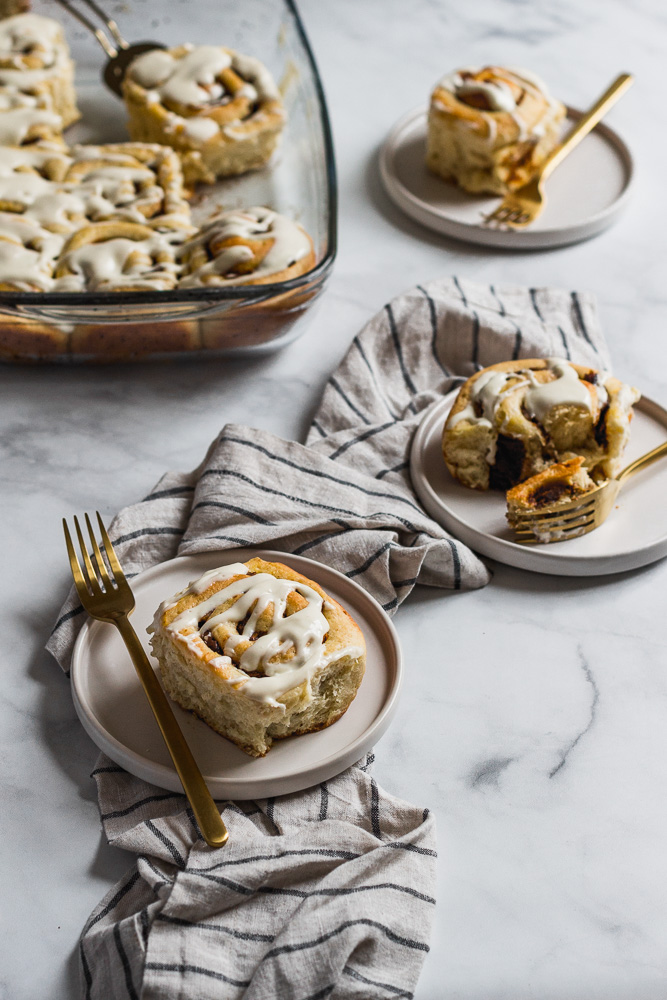 After baking, it’s time to slather something delicious on top. As much as I love a cinnamon roll, I don’t really like the frosting. More often than not I find the flavor of the roll overpowered by the powdered sugar frosting and I end up scrapping it off. These rolls need no such scrapping. They’re lightly covered in a brown butter cream cheese glaze. The brown butter gives the glaze a rich caramel-y flavor and the cream cheese balances the sweetness of the roll with a bit of tang. It’s addictive and the perfect final touch to what I consider the ultimate cinnamon roll for fall! 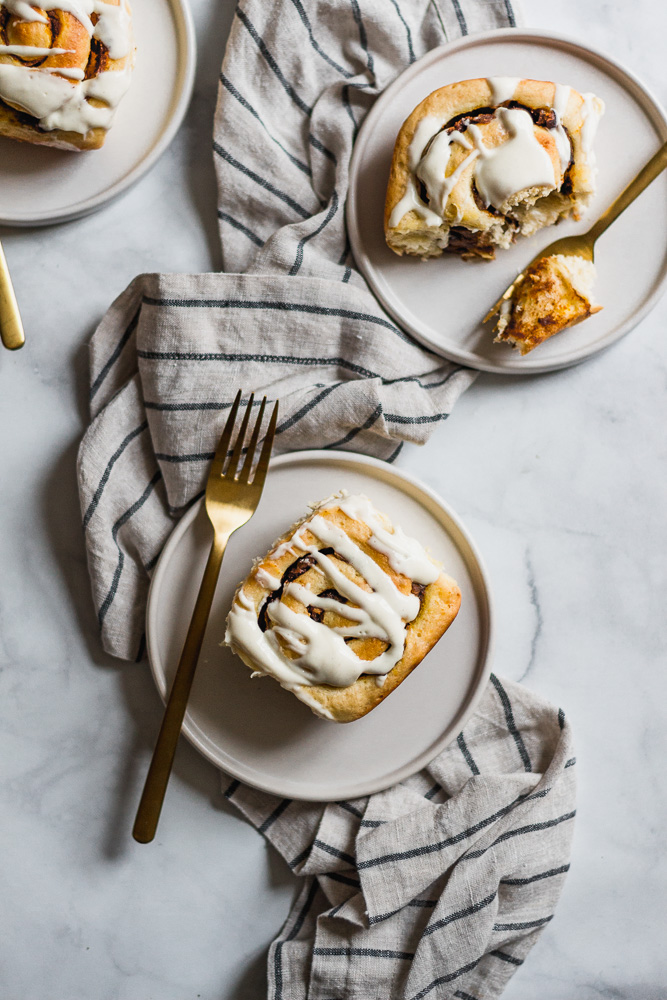 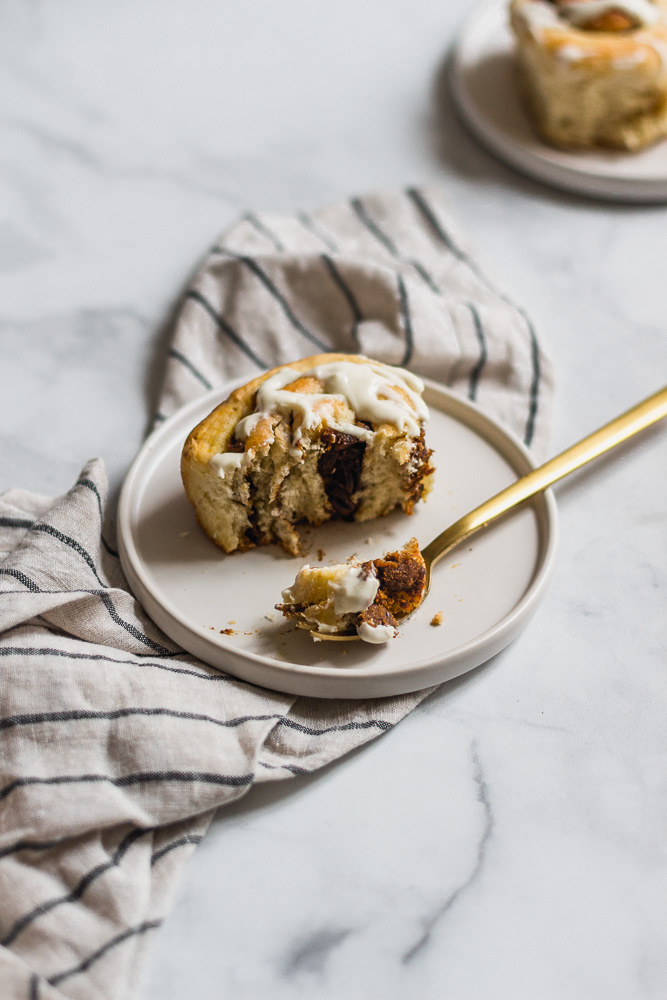 If you like this recipe for Pumpkin Butter Cinnamon Rolls with Brown Butter Cream Cheese Glaze,

These pumpkin butter cinnamon rolls are the perfect mixture of delicious fall flavors! A soft dough is filled with home-made pumpkin butter, a mixture of brown sugar & cinnamon, and toasted pecans before being drizzled with a nutty & tangy brown butter cream cheese glaze.

*Get the recipe for my Spiced Pumpkin Butter here!

**If you want to make your cinnamon rolls the night before to bake off in the morning, all you have to do is prepare them up to this point. Once they're all tucked away in the baking dish, cover them tightly with plastic wrap and stash them in the refrigerator. In the morning, take them out of the fridge about an hour before you want to bake them. Take the plastic wrap off, cover them with a clean kitchen towel, and let them come to room temperature in a warm place for an hour.