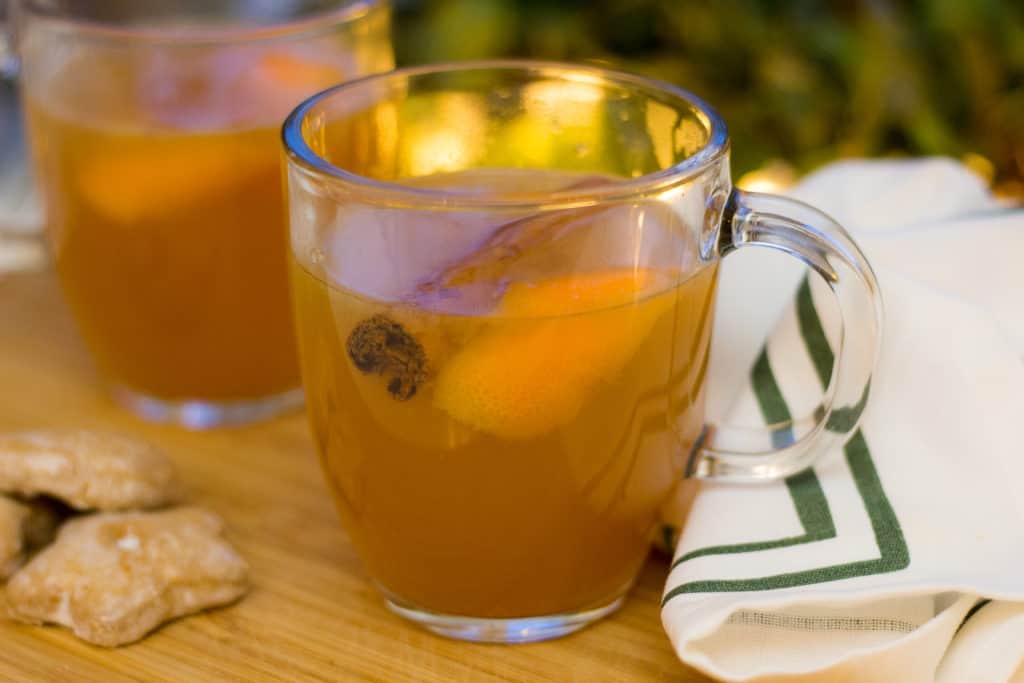 The English have a long-standing tradition of enjoying spiced, warm beverages in the cold months. If you walk into a pub during November or December, you’re likely to see a big cauldron-like vat containing some kind of mulled beverage, be it wine or cider, sitting on the bar. Mulled cider, wine, and even the German version, Glühwein, abound at our Christmas markets. It seems as though every other vendor sells some version of these drinks! Hot mulled winter beverages have become one of my favorite things about the cold months here, and I’ve figured out why. They’re the adult versions of something I loved as a child. 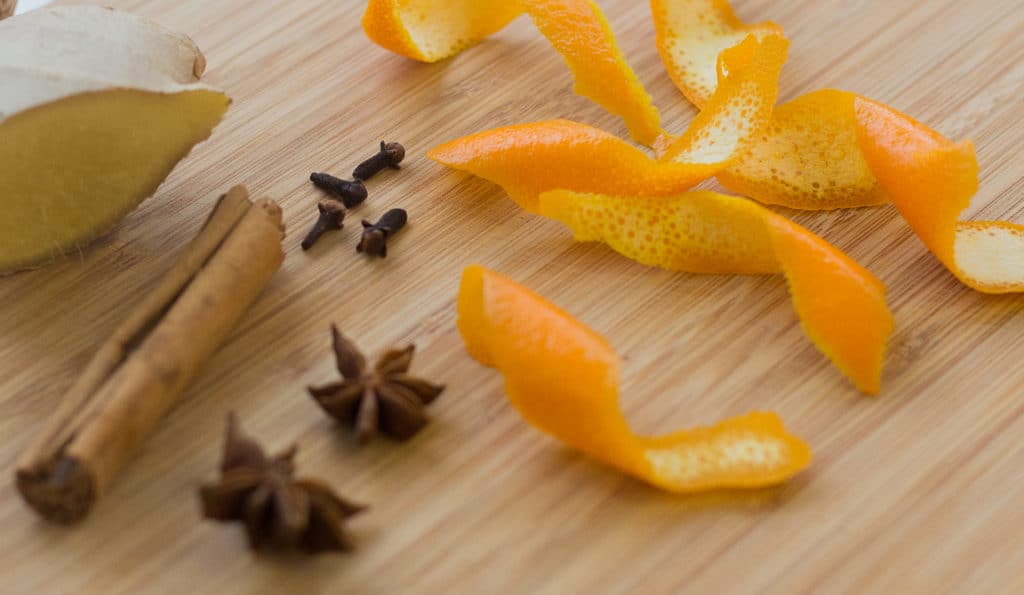 When I was a kid, we spent a lot of time at my grandparents’ house during the holidays. I loved it. Elvis’ voice would waft through the house as his Christmas record played over and over for hours on end. The smell of cookies and hot apple cider would fill the kitchen and slowly permeate the rest of our home.

Most of the holiday traditions that I cherish involve food and drink. I loved that the smell of satsumas and warm spices would infuse the house for weeks to come. I knew there would be stacks of cookie tins filled with mom’s special Christmas treats–enough to share with anyone who stopped by the house well into January.

My Mamaw made mulled apple cider every year without fail. Beginning the day after Thanksgiving, her house was filled with that warm & spicy smell. She would dig out the itty-bitty slow cooker from the recesses of the pantry and fill it with apple juice, scoops of mulling spices, and her special ingredient–Red Hots. It was my job to find the bag of the spicy cinnamon candies hidden away in the dark recesses of the holiday drawer. When I found the candies, Mamaw let me plop them into the spiced apple juice. After watching them float to the bottom of the murky apple pond, we put the lid on and waited for it to get piping hot. It took a while; it is a slow-cooker after all. I was always impatient, lifting the lid to take a deep breath of the apple-cinnamon goodness every few minutes. When the cider was warm enough, she ladled it into little clear glass mugs painted with holly. I always burned my mouth on the first sip. I was just too impatient and ready for my first taste of the holiday season. That little slow cooker would sit on the counter until the end of December, being refilled as needed. It was always there when you came in from the cold or wanted a warm treat. 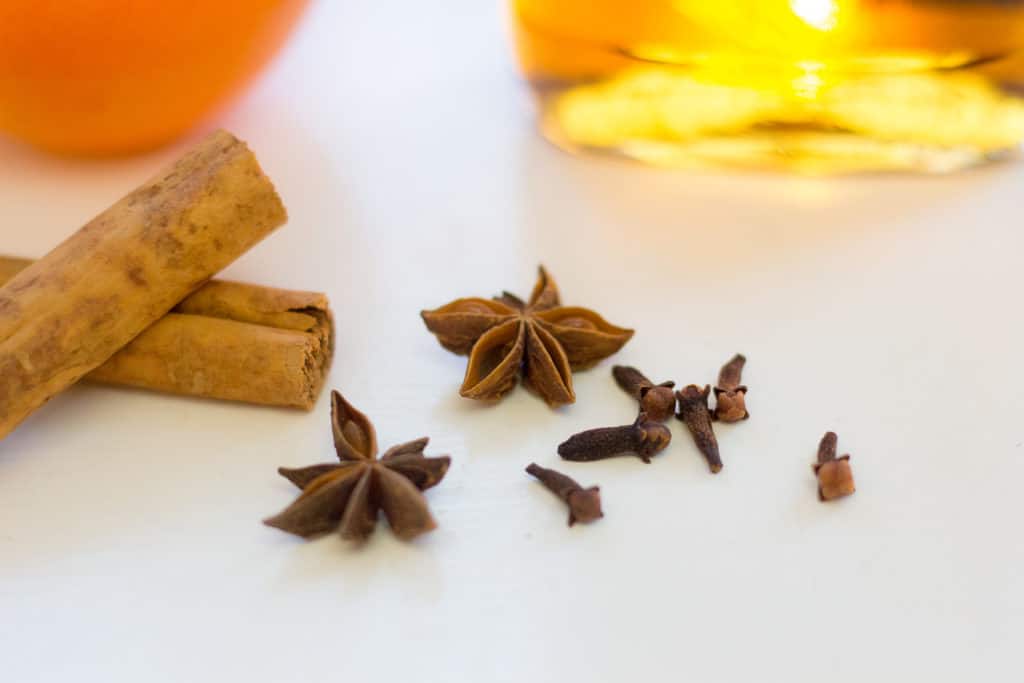 Because Mamaw used apple juice and red hots, the cider of my childhood was always very sweet & spicy. The cider of my adulthood is not as sweet, but it is just as spicy thanks to glorious stem ginger syrup. I’m not sure if stem ginger is sold in the states, but it’s very common in England and I absolutely love it. In essence, it’s peeled ginger root that has been preserved in a sugar syrup. The sugar syrup candies the ginger pieces, and the syrup gets infused with all of the gorgeous spicy ginger flavor. A little bit of the syrup gives you just the spice you want in this adult version of mulled apple cider (but if you handed me some Red Hots, I wouldn’t hesitate to throw them into the pot as well).  Just to top it off, I like to put in a little shot of Brandy to warm the cockles of your soul. Perfect on a cold January night. 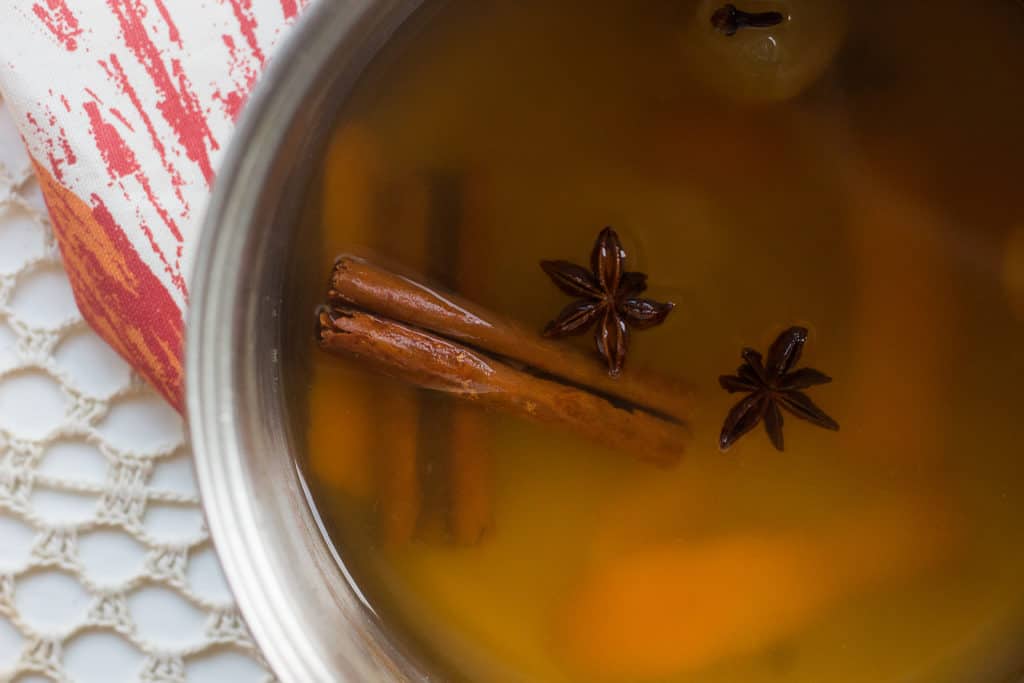 As festive and Christmas-y as this cider feels, I’ll continue drinking it in the cold days of this new year. I don’t know about you but I’m not ready to let go of the holiday season just yet. I’m gonna hold on to it a little bit longer as we creep in to January. We still have some cider floating around our flat begging to be mulled & it’s finally pretty cold outside. I think this warm, spicy cider will be the perfect way for us to enter in to 2017. 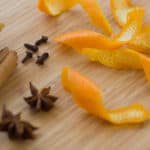 *You could use fresh non-alcoholic apple cider and leave out the brandy if you'd prefer to make it sans booze.