Easter is almost here and that means it’s time for Hot Cross Buns! 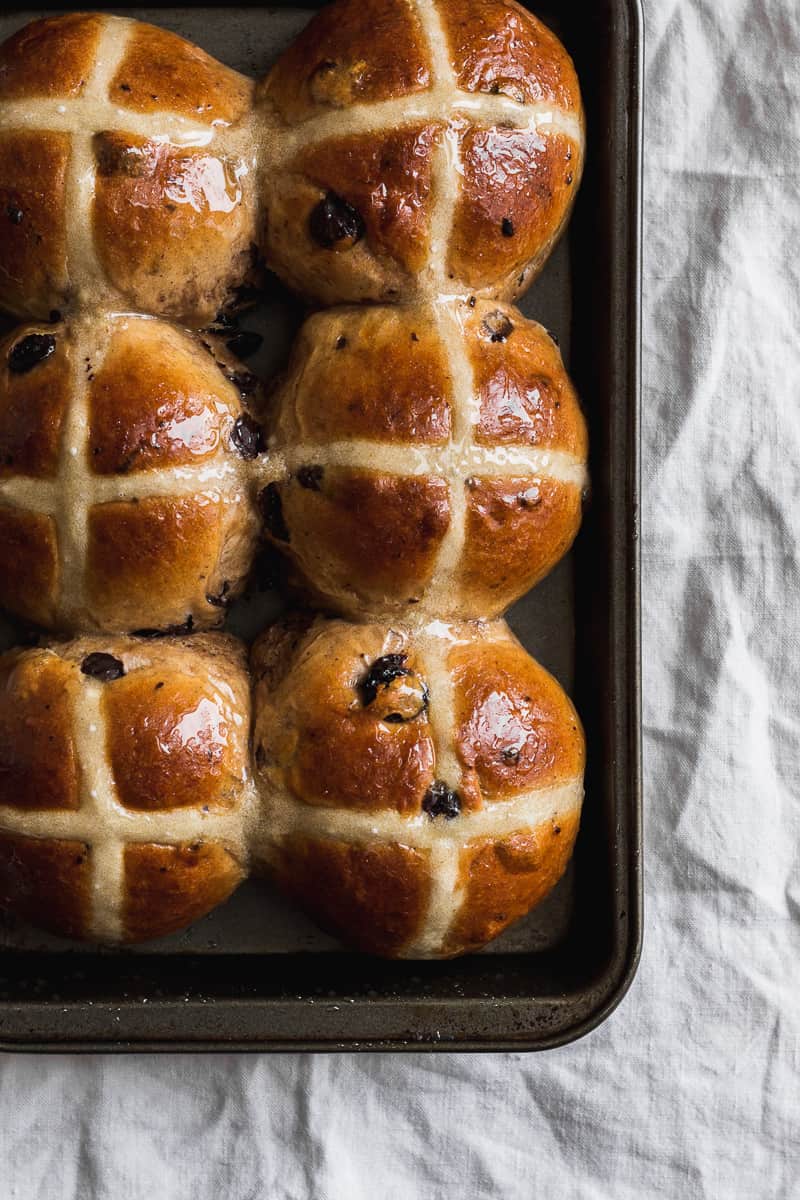 Hot Cross Buns are a symbolic baked treat, traditionally eaten throughout Lent and on Good Friday specifically. We don’t know who invented the bun first. Many cultures celebrate the Spring with fruit-studded buns and some include a small cross on the top.  English folklore says that in 1361, Brother Thomas Rocliff, of St. Albans Abbey, created a yeasted-sweet bread with dried fruits and aromatic spices to feed to poor. Since it was Good Friday, he crossed the top of the bun with his knife. The buns were so popular, other bakers created imitations of the “Alban Bun” that they called “Hot Cross Buns.” Even if this is just folklore, we are quite sure that the Brits invented the name and modern conception of the Hot Cross Bun.

We can immediately see and smell its modern religious symbolism: The cross is obviously a very clear reminder of to Jesus’ crucifixion, and the smell of the exotic (at the time) spices relates to the spices brought to his burial.

Hot cross buns begin showing up in the stores in January around here, but that’s just too soon for me. I don’t make them until right around Easter. These buns are a great little baking project and make a really nice breakfast or brunch treat. They’re gently spiced, not very sweet, and are lovely toasted and spread with a little salted butter. 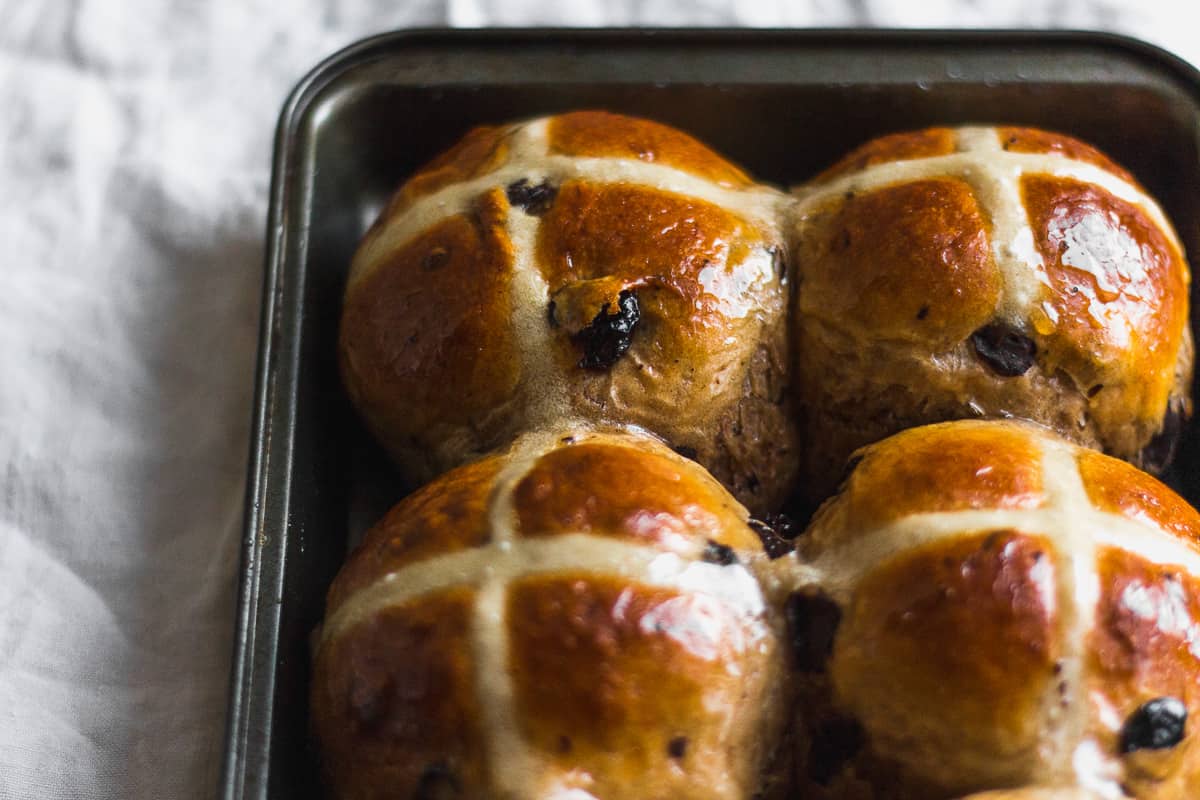 These buns are traditionally studded with sultanas (the UK term for golden raisins), raisins, or currants, and spiced with warm baking spices including orange zest. I’ve changed the dried fruit, but I want to maintaining those traditional spices including that lovely hint of orange. Instead of raisins, I used tart dried cherries and dark chocolate to add some richness.

There is no one Hot Cross Bun recipe. As with most ancient foods, we find variation all over the place. Some older UK recipes make the cross with a shortcrust pastry, but modern UK recipes use a traditional flour and water paste. American recipes pipe icing instead. To get some extra sweetness and add a lovely shine to the buns, the UK recipes brush the tops of freshly baked buns with a little warmed golden syrup, honey, or apricot jam. I love the shine this little step gives but only want a little sweetness, so I opt for a dash of golden syrup.

Bakers–including Bro. Thomas of St. Albans–probably didn’t know what “aromatic spices and perfumes” were used for Jesus’ burial. The Alban bun uses for cardamon and grains of paradise, for example, which are clearly not historically accurate. To conjure up an aroma of what those spices might smell like, modern UK recipes use a very aromatic mixture of spices very similar to a pumpkin spice blend called “mixed spice.” If you can’t find mixed spice, a mixture of cinnamon, nutmeg and allspice works well.

If you haven’t had Hot Cross Buns, they’re a lovely treat with rich history and symbolism. This recipe uses dried cherries and chocolate to add a rich flavor to an already richly historic bread. 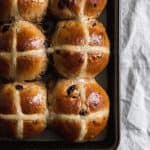 For the cross & glaze