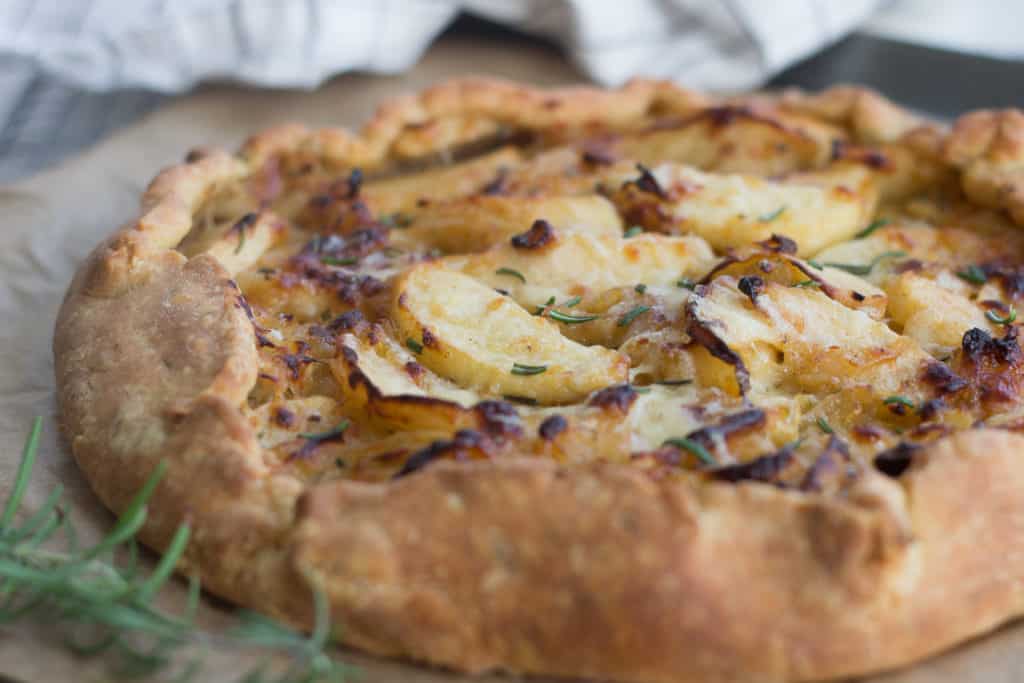 Everyone is in full swing Christmas mode around here. The Manchester Christmas Market is open, mince pies are in the shops, holiday adverts abound. It’s all very cozy and exciting, and I’m stringing up the twinkle lights to join in the celebration (and to add some light to our ever shortening daylight hours!). But even in all this merriment, there’s one more stop for us on the road to December 25th. This Thursday. Thanksgiving.

Sam and I celebrated last year—just the two of us. We’d been in the UK for a mere two months. We sat around our coffee table with green bean casserole and cornbread dressing, and our empty flat became a little more like home. I think we needed the celebration more than we knew. We needed the familiarity of that meal. 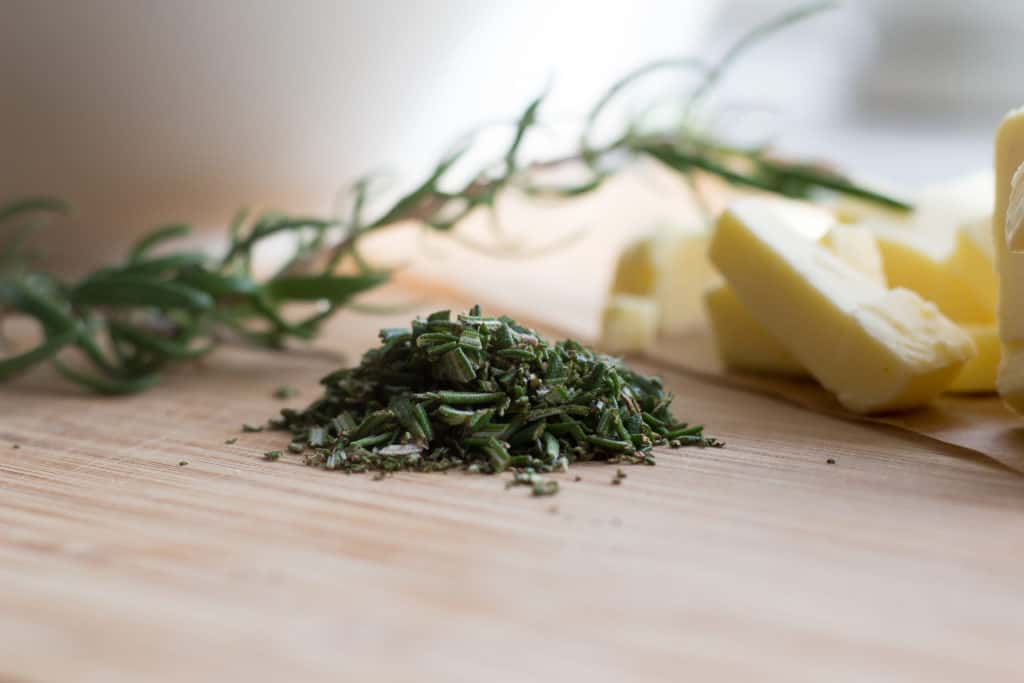 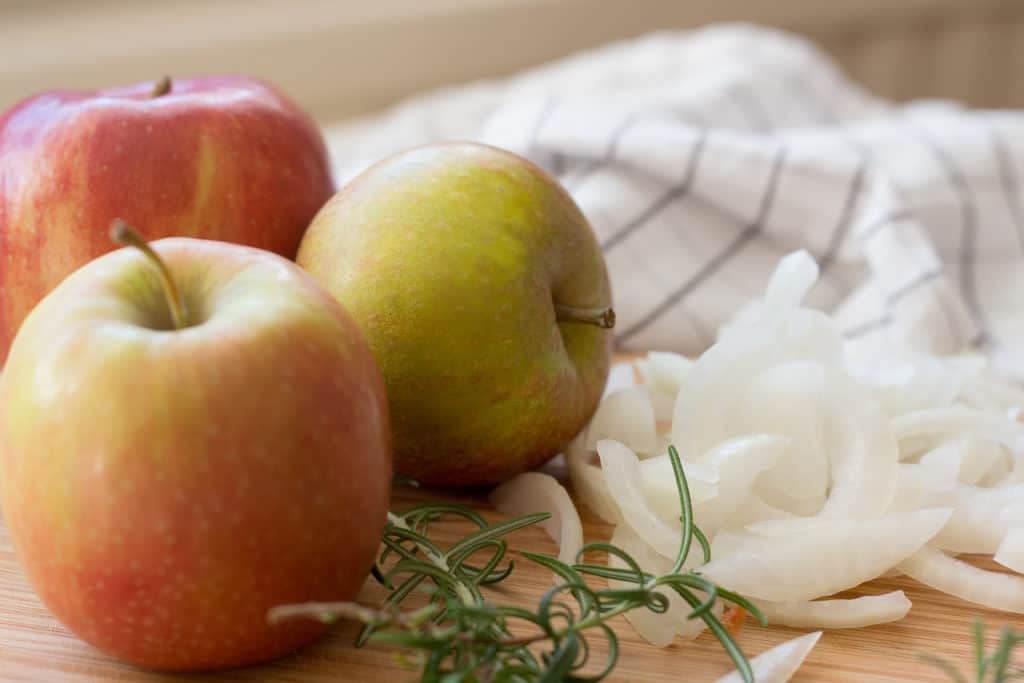 Thanksgiving celebrates harvest. Sometimes harvests are plentiful, sometimes scarce, but we practice being grateful all the same. Last year leaned to the scarce side as we adjusted to the newness of our surroundings, the lack of nearby friends and family, and the pressure of new routines. This year life feels full and abundant. We even have another American couple to share the tradition and celebration with, and we couldn’t be more excited. But even in all the joy and festivity, I have a dilemma… 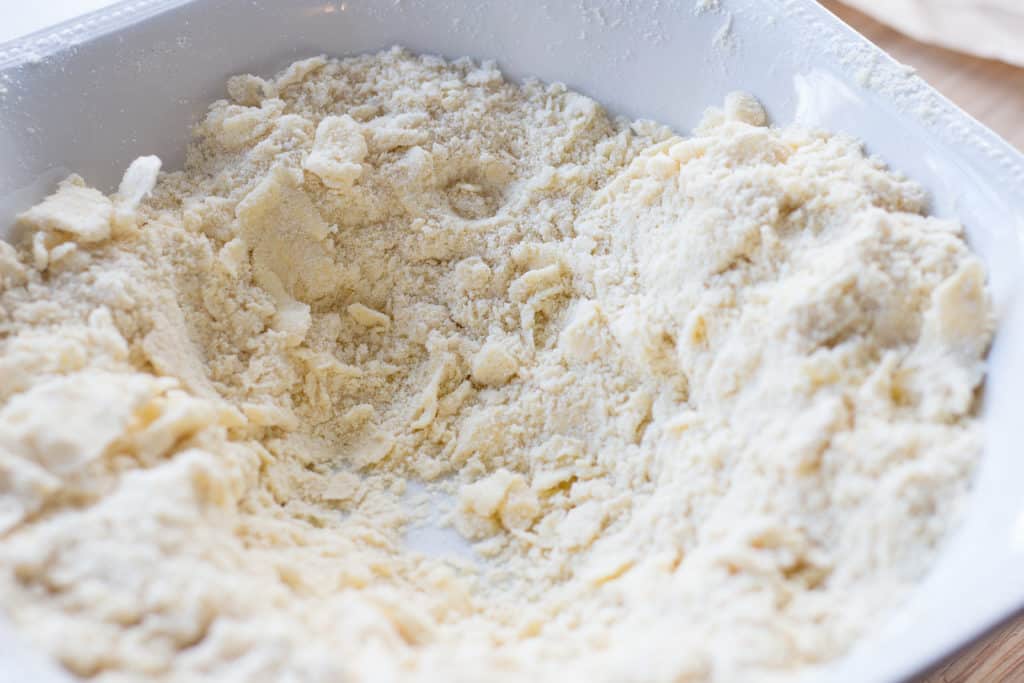 I want three pies for Thanksgiving. Pumpkin. Pecan. Apple. The trinity of Thanksgiving desserts if you ask me—or probably anyone.  Yes, it’s a silly problem, but a problem nonetheless. And in some ways, it seems nice at the moment to focus on the silly problems in life, like too much pie, and find solutions. But still a problem remains. Only four of us will be sharing the meal, and more than half a pie per person seems a bit much.

Well, that and I don’t have three pie plates to bake three pies. Maybe it’s more the lack of pie plates. Probably. I’ve never had an issue with extra pie before. In fact, I’ve welcomed it. 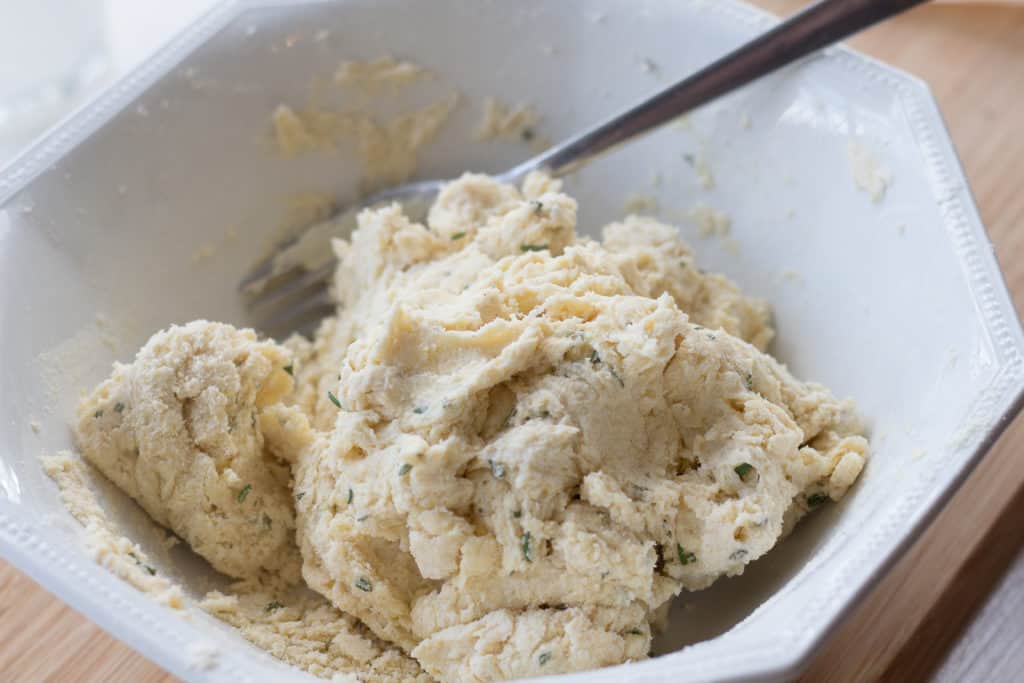 After mulling it over for some time now, I decided which pie to cut from the trio come Thanksgiving Day: Apple. It was a hard choice, but it had to be done.

Because I have figured out a way to have my pie and eat it too. I will transform apple pie into a non-dessert. But how?? Savory apple rosemary galette. That’s how. No pie plate needed. And this way we can enjoy that apple-y crusty goodness but before dinner. Now that’s problem solving. 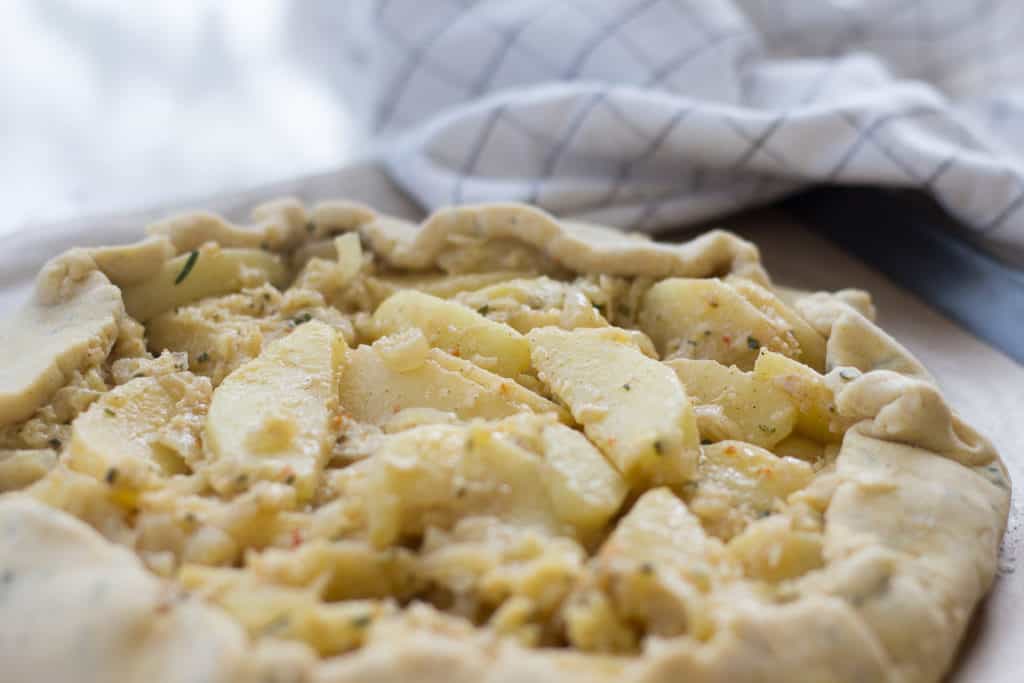 I love galettes. They are simple, delicious, and free-form which makes them much easier to slice than pie. If you’re a bit intimidated by the idea of lifting beautiful, delicate pastry into a pie plate and pressing it in, galettes are a great way to practice your pastry without that stress! Just put you filling in the middle, fold up those edges and voila!

Galettes have a special place in my cooking and memories. A galette was the first dessert I ever made for Sam. On one of our first dates he made dinner for me, and I made an brown sugar apple galette for him. It was a hit and it’s still one of his favorites! Then, a few years ago I made a savory squash galette for our first Thanksgiving on our own. Another hit! Combine these two pastries, throw in some spice, herbs, and cheese, and I have the solution to my current three pie problem.

In essence, this is a savory apple pie. The perfect pre-thanksgiving snack. Or maybe even breakfast? Deep autumn-y flavors of cinnamon and rosemary mingle with the tart, sweet apples and rich cheddar in a cornmeal crust. It may even replace apple pie for me—at least until I have another pie plate. Did I mention it’s fantastic at room temperature? Bake it off on Thanksgiving morning before your turkey and side dishes are vying for oven time. When it’s done, it can just sit around until you’re ready to nibble on it. You’re going to need your energy, after all. 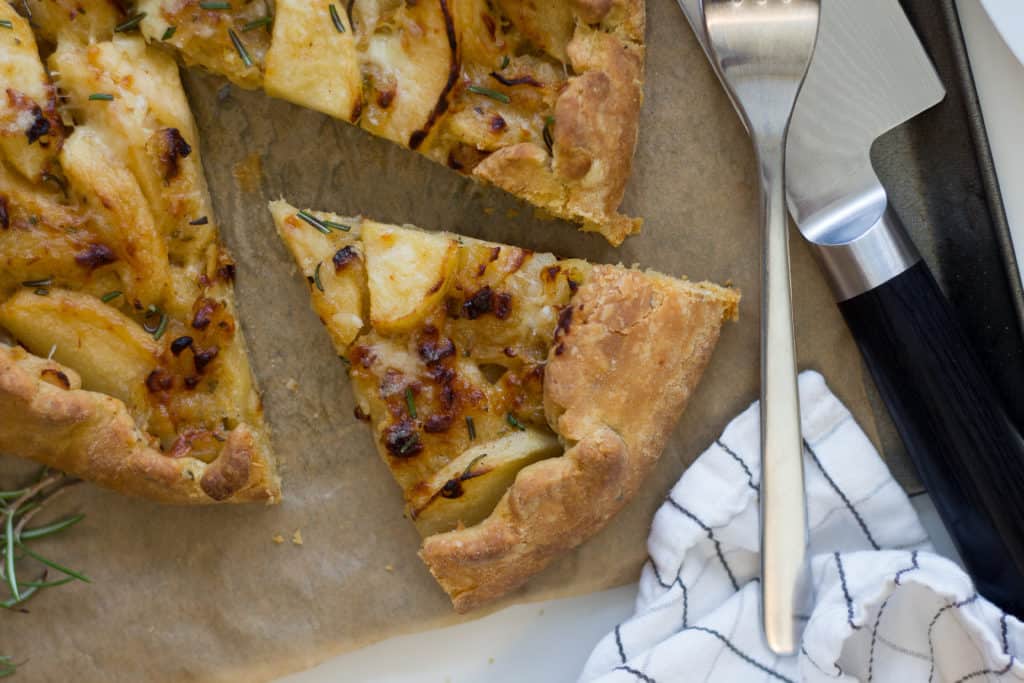 I need the celebration and reflection of Thanksgiving just as much this year as I did last. I think all Americans do right now. This year will be different for us, yes. But in a lot of ways, it will be the same ole Thanksgiving. Sam and I will sit around a table, this time with friends, as foreigners in a country that is both constantly becoming home and constantly reminding us of the place we left.  We’ll be grateful for all that we have and all that we left. We’ll drink and laugh and eat. We’ll have the traditional turkey and dressing, but we’ll make new traditions with new friends.

Maybe that’s another reason I like this recipe. It’s a little foreign and familiar at the same time–like Thanksgiving in England. 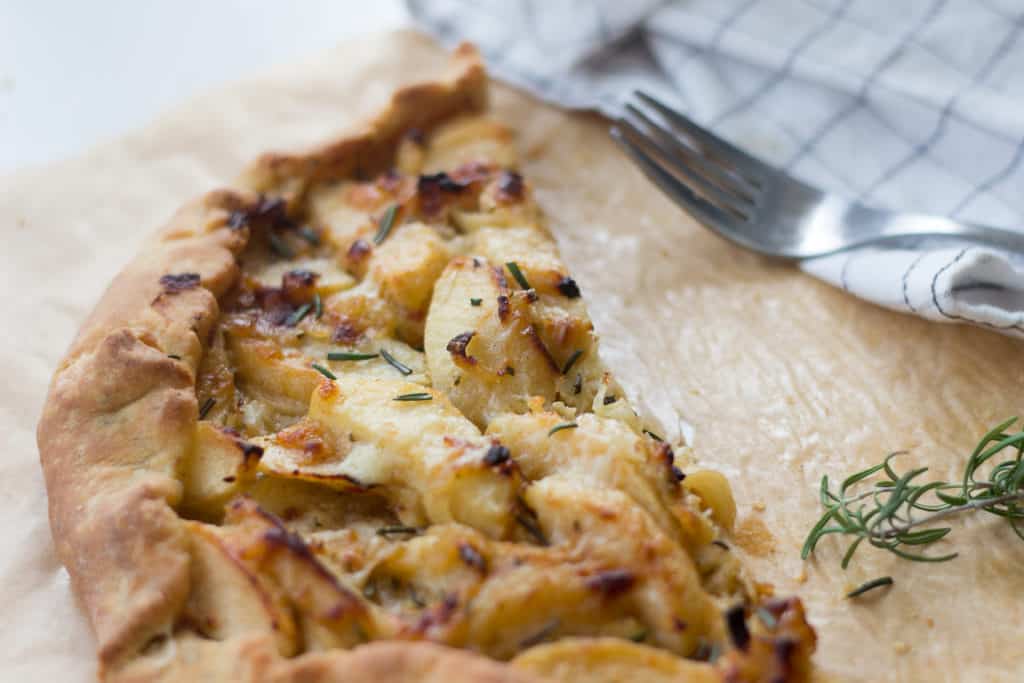 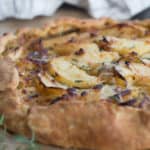 For the apple filling:

*I used what I had on hand-- a Braeburn, a Pink Lady & a Cox. The specific variety of apple isn't really important, rather just use apples you like that hold they're shape really well and aren't too sweet. The Cox adds a little tart flavor which I like. You could definitely use a Granny Smith if you'd like to bump up the acidity a little!

While your dough is chilling and firming up, make your apple filling: